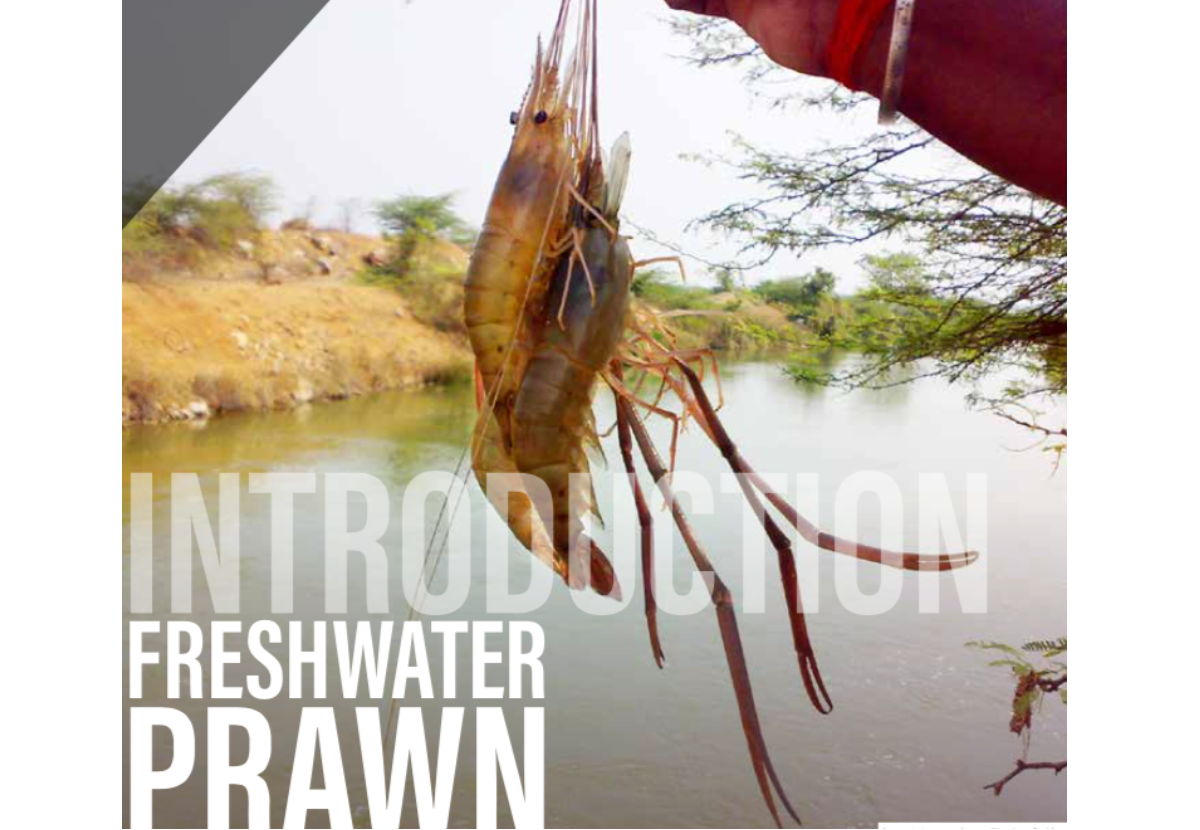 Prawns versus shrimp. While the two may share superficial similarities, they are two distinct species.

Shrimp are smaller, have shorter legs and have claws only on two pairs. Prawns have branching gills while the gills of shrimp are lamellar, i.e. plate-like. Prawns and shrimp are both decapod crustaceans— they have exoskeletons and 10 legs. Both species can be found in salt water and fresh water all over the world. Both species are typically found near coasts and estuaries where they are found swimming near the bottom while feeding. They share similar flavours and come in a wide range of sizes from miniscule to quite large.

One of the most commercially important breeds of freshwater shrimp is Macrobrachium rosenbergii, also known as the Giant River Prawn or Giant Freshwater Prawn. It is one of the largest freshwater prawn species (they can grow to be over 30 cm long). Not surprisingly, Giant River Prawns are one of the, most widely cultivated. The only other freshwater prawns cultivated in any kind of quantity are the Oriental River Prawn (M. nipponense) farmed in China, and the Indian White Prawn (Penaeus indicus) and the Tiger Prawn (Penaeus. morodon) farmed in India. Other major farmers of fresh water prawns are Taiwan, Bangladesh and Vietnam.

Freshwater prawn farming is suitable for tropical or subtropical climates. They are reared in a variety of freshwater enclosures, including tanks, irrigation ditches, cages, pens, and reservoirs, although the most common enclosures are earthen ponds, which typically supply the best yields for commercial farming. Farming prawn shares many similarities with marine shrimp operations.

The larvae are cultivated in brackish-water ponds, and then transferred to larger freshwater ponds for an acclimation period, before being moved to large grow-out ponds to grow to maturity. Inland hatcheries produce brackish water by mixing freshwater with seawater transported from the coast, brine trucked from salt pans, or artificial seawater The prawns are harvested either by draining the pond and hand picking them (so-called “batch” harvesting), or they are fished out of the pond using small electric nets or seine nets. Whether the shrimp are raised in ponds, pools,or containers, it is essential to supply them with a flow of fresh, clean, oxygenated water.

Because prawns are aggressive and incidences of cannibalism are common if population densities grow too high, prawn cannot be as intensively farmed as shrimp. However, one advantage is that prawn farming subsequently has a lower environmental impact than shrimp farming.

Reservoirs are the huge water bodies and potential source for fisheries development in India, including Telangana state. The main purpose of the construction of these reservoirs was to protect the economically backward areas and also to eliminate the scarcity of food grains and water problems.

The Department of Fisheries was made to attempt and encourage the fishermen in the state to take up freshwater prawn culture in certain water bodies along with carp culture.

The fishermen were also created awareness on prawn culture activity in the reservoirs. The fishermen were made to attempt and stock prawn seed of natural collection from Godavari River in Andhra Pradesh, India. The culture period is about six to eight months, no feed was given during culture period either to fish or to prawn, and were allowed to grow on natural feed only.

The production rate ranged from 40-83 kg / ha. There is no uniform growthin prawn and the sizes range from 30g to 110g each. The fishermen of the areaconcerned are taking up the freshwater prawn culture along with the Indian major carps to get additional production of prawn in the state.

Initiative of the Government

More than 70 reservoirs exist in Telangana state of India. Each reservoir ranging about 300 ha to more than 6000 ha water spread area. This year (2017), the government of Telangana, Fisheries Department has taken initiative and stocked the hatchery seed of Macrobrachium rosenbergii juveniles” in selected reservoirs for culture on pilot basis.

On studying results of prawn success, seed stocking will be extended to remaining suitable reservoirs in the state for the next year.

Still there are vast opportunities are existing for increasing of productivityfrom the reservoirs. The improved fishery in reservoirs should also include interventions that aim at increasing the capacity of fisher folk communities in low-cost technologies and curtail post-harvest losses. Timely and quality fishand prawn seed stocking is required to augment the production levels.